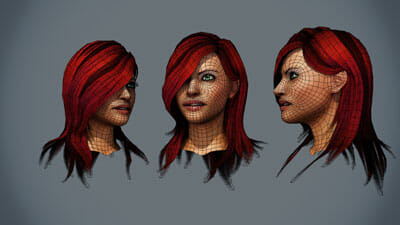 How times have changed though. Thanks to 3d rendering software, movie special effects have progressed in leaps and bounds, to the point where we often can’t even tell where regular filmography stops and computer generated images (CGI) and characters begin.

Some of the earliest (skilled) applications of this technology were in the Lord of the Rings films (the only trilogy to get all three films into IMDB’s top 100 movies of all time!). These depicted fantastic creatures utilising a mix of costuming and computer generated creatures, and even created AI battle scenes solely through 3d rendering. Then came movies like Beowulf which were completely created through 3d animation based on the characteristics of real actors. And more recently in the first Captain America film did you ever wonder how Steve Rogers managed to go from a skinny little guy to the Captain? With the help of CGI effects his head was superimposed onto another person’s body..

With 3d character modelling the possibilities are almost endless

Beyond film however 3d character modelling has a lot of potential. Remember how you used to have to pay ridiculous amounts of money for your warhammer army, and then you had to spend all that time painting the figurines? Not anymore. If you like messing around with computers now you can design and 3d print your own figurines, your own vehicles, your own props and scenery, and 3d software programs let you add colours and textures straight away! No more paint brushes or tedious intricate details required.

If you’ve ever dreamed of creating a board game, then modelling 3d characters could also be for you. Rather than monopoly pieces like cars or wheelbarrows, you can have your very own 3d printed figures traversing the board.

Your favourite comic book not have action figures available? Make your own.

Always want to have an ultimate sports dream team on your bedside table or as your computer backdrop? 3d modelling can help with that too – combining 3d printing and cad design for fun applications like this the possibilities are literally limited only by your imagination.

How to make your own action figure 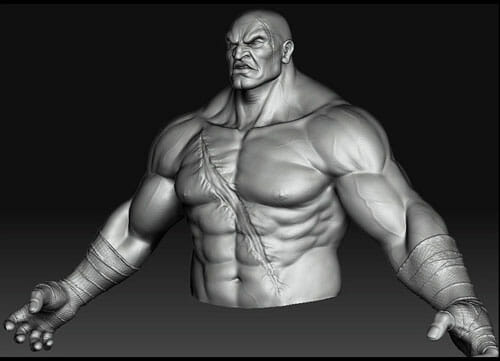 You could make an action figure like this, or DIY one of yourself (or put your head on this guys body..)

When you throw 3d scanning into the mix, the possibilities become not only endless but extra awesome. While you can create your own characters, and try and design them yourself in a 3d CAD program (or get it outsourced to us, you’ll save heaps of time and frustration and it’s really quite cost effective to get a professional who is efficient with the programs to do the work for you, might take you a year otherwise!) then either purchase a 3d printer or get your 3d printing outsourced too, you can also create 3 dimensional figurines based on photos or even scans of real people!

Looking for the perfect gift for that friend who already has everything? Chances are they don’t have an action figure based on themselves! Sick of that Elvis bobble head on your dashboard, how about making one of your favourite celebrity or sports star.

Or create your own miniature art installations like the people over at Slinkachu – with your own 3d printed characters and scenery. Let your imagination go wild!

Check out this pretty useful video talking about DIY action figures with 3d printing, or get in touch with us today to see what we can do for you.