When Was the 3D Printer Invented? 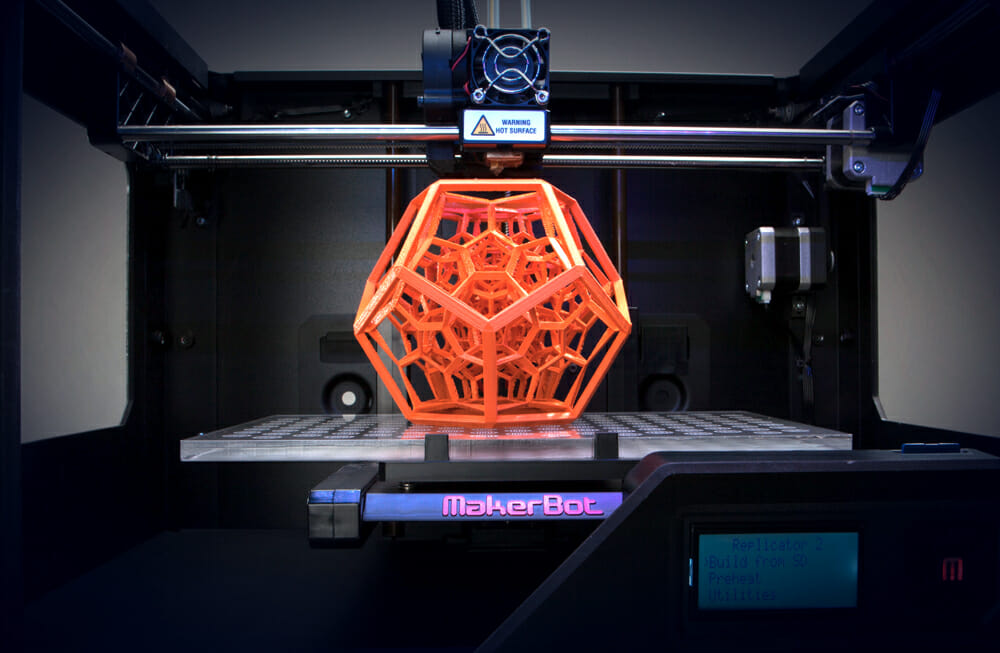 When were 3d printers like this makerbot invented? The technology was first used in the mid 1980s

3D printing is a pretty novel upgrade on the plain old 2D ubiquitous printers all over the world. Although it seems to be a relatively new technology which has appeared out of nowhere in the last few years, you might be surprised to find that 3 d printing has been around for more than three decades. In this article we’ll talk about the history of 3D printing and when the first 3D printer was first invented.

The world’s first 3D printer was invented by Charles W. Hull in the mid-1980s. 3D printers are based on stereolithography technology. Stereolithography is mostly an expensive commercial system, which causes machines to often cost $100,000 or more. Back in 1986, 3D Systems was found by Hull, making it the pioneer of 3D printing technology. 3D Systems still sells 3D printers today, which run on a variety of technologies and extend from beginner-level 3d printing kits to high-level commercial systems worth millions of dollars.

The History of 3D Printers

Hull wasn’t the first person to apply for the patent on 3D printing technologies. Dr. Kodama of Japan was the first to try and patent 3d printing in 1980. However, he failed to complete the full patent specification process within the one-year deadline, thereby missing out on a tremendous opportunity. Six years later, the first patent issued for stereolithography was secured by Charles Hull, who had invented the first printing apparatus in 1983.

In 1987, the first commercial printing system, the SLA-1, was introduced by 3D Systems. After exhaustive testing, the unit was first sold in 1988.

Other RP technologies were also being developed around the same time. Another patent for Selective Laser Sintering (SLS) was submitted in 1987 by Carl Deckard working at the University of Texas. He got the patent issued in 1989, and the patent was awarded to DTM Inc. DTM was later bought by 3D Systems. Scott Crump, who was a co-founder of Stratasys Inc, filed a patent for Fused Deposition Modelling (FDM), whose company still hold the rights to that patent today. Many beginner-level machines moulded on the RapRap model use this process today. Hans Langer’s EOS GmbH placed heavy emphasis on the laser sintering (LS) process during that time. Today, the EOS frameworks are world-famous for their quality production for modern prototyping uses of 3D printing. The first “Stereos” system of EOS was sold in 1990. The organization’s direct metal laser sintering (DMLS) process came about because of an underlying undertaking with a division of Electrolux Finland, which was procured by EOS afterward.

What Does The Future Hold for 3 D Printing?

Although 3D printing is still in its infancy, there has been a huge upsurge in people adopting these technologies, and expanding 3d printing horizons. In some ways 3d printing is currently at the stage that personal computing was in the late 1970s. Back when computers were the size of a room, could anyone have imagined smartphones? While we currently have some ideas of the direction in which 3d printing will head there’s no way to know for sure. 3d printing can already do incredible things, like printing full size houses out of concrete, or printing replacement limbs. It’s hard to imagine where it could go next. One thing’s for sure though: 3D printing is digging in for the long haul.