Marshall Brain’s Article and our Guide on Amazon 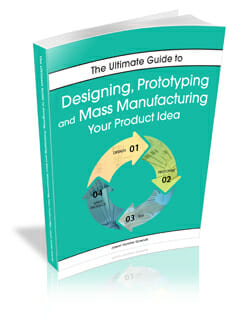 When we were first promoting the Ultimate Guide, we put it up on Reddit, where it went viral. We had some interesting comments, one person who saw the post and then contacted us to start a project began their email with “Thank God for Reddit…”, and continued on to say that they had been looking for a company that did what we do for ages.

Another person who took interest in our article is Marshall Brain.

When he came across our Ultimate Guide he shared it with his college students, and recently linked to the article again from a guide that he has created on his site called How to turn your ideas into successful products: A Guide for Entrepreneurs (Thanks Marshall!).

Marshall knows a thing or two about being an entrepreneur. He started a website called HowStuffWorks.com which sold to Geographic for the tidy sum of $250 million just nine years after it was created.

While our Ultimate Guide begins by talking about market research, making sure your product idea is solving a problem, and checking to make sure that there is market need before producing it, and finishes off with some introductory information about how to market your product, it’s predominantly about the nuts and bolts of taking an idea and turning it into a physical reality. What you need to do, step-by-step to get it out of your head and into the world.

Marshall’s article takes this concept even further. Anyone can produce a product, but how do you know if it’s good? Is there a way you can make sure it’s going to be successful?

In his article, with examples, Marshall explains what entrepreneurship looks like in the United States. He talks about what it looks like when people really like an idea (his Ariel Atom example is pretty nifty) and gives examples of companies that successfully blew up because people loved them.

He also explains how and why failure happens, and gives the eight rules of creating a successful product:

At the end of the article Marshall also gives some book and article ideas for further reading. The only one we would add is the Four Hour Workweek by Tim Ferriss.

The Ultimate Guide on Amazon

If you haven’t yet read our Ultimate Guide to Designing, Prototyping and Mass Manufacturing Your Product Idea and don’t like reading on a computer screen, did you know you can pick it up on Amazon either as an ebook or in paperback?

In about 30 minutes worth of reading (or just less than 100 pages) you’ll get a primer on how to take an idea from basic concept, get it turned into a 3D CAD rendering, then a prototype, and finally get it manufactured.

Or alternatively, head over to this page to read it online here.